Located about an hour’s drive from Portland in the iconic Pacific Northwest region, the Willamette Valley is the beating heart of Oregon’s wine country.

When we visited the region for the first time earlier this year, on the tail end of a hectic trip through California, the valley and its people instantly put us at ease. Maybe it was fresh air, maybe it was the slow pace, maybe it was all those hugs we got from winemakers. Whatever it was, our arrival in the Willamette Valley came with an unspoken but profoundly compelling invitation: to let go and just breathe.

Now considered one of the leading regions for pinot noir in the US (and the world for that matter), the Willamette Valley’s first pinot vines were planted by a breed of long-haired city-dodging rookies in the mid-1960s after the region’s micro-climate was pegged as a close match for Burgundy’s.

And those free-spirited early pioneers of the sixties weren’t wrong: Willamette’s hilly topography, Mediterranean-like summers, abundant rainfall and the cool maritime breezes of the Van Duzer Corridor have rendered it a haven for the grape variety we know and love so much.

Just over 50 years in, more than 500 of Oregon’s wineries now call the valley home, and despite big-name French counter parts recognizing the early potential, the region still lives true to its pioneering spirit and hippy roots. In fact, you’ll find the highest concentration of biodynamic and organic producers here than you will in any other region in the USA; which makes for great wine and a strong community of like-minded winemakers committed to keeping things clean, simple with laser like vision for future generations. 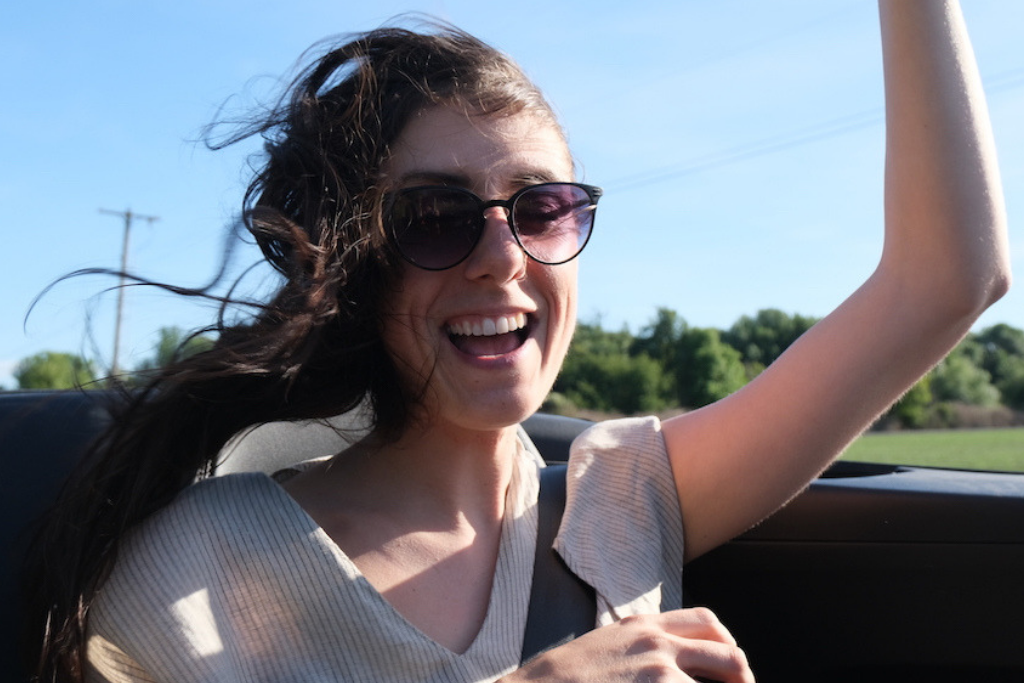 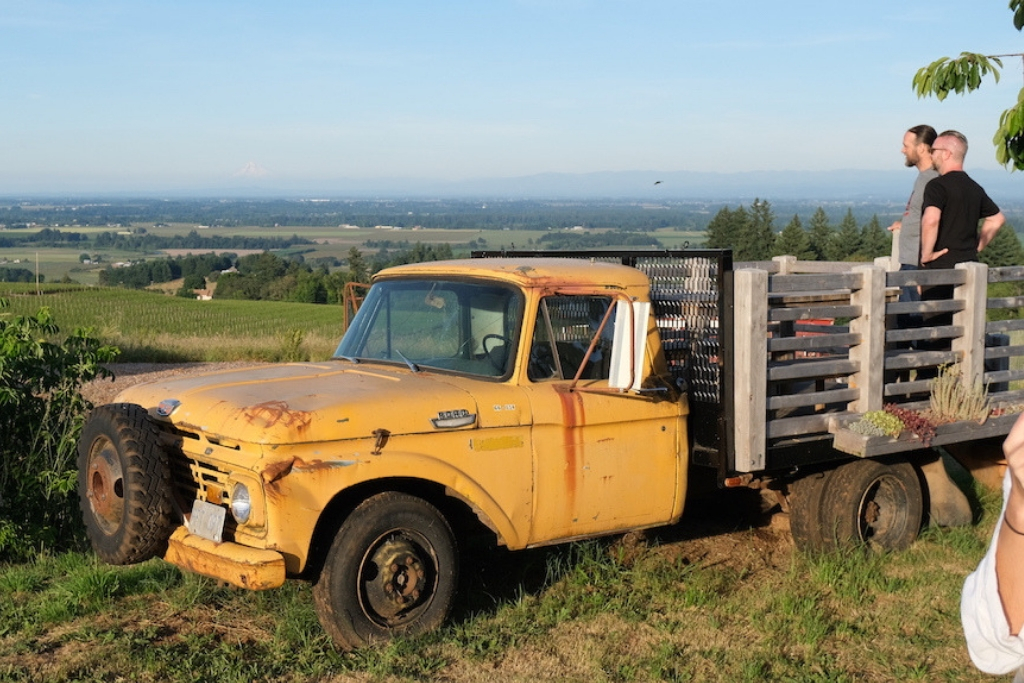 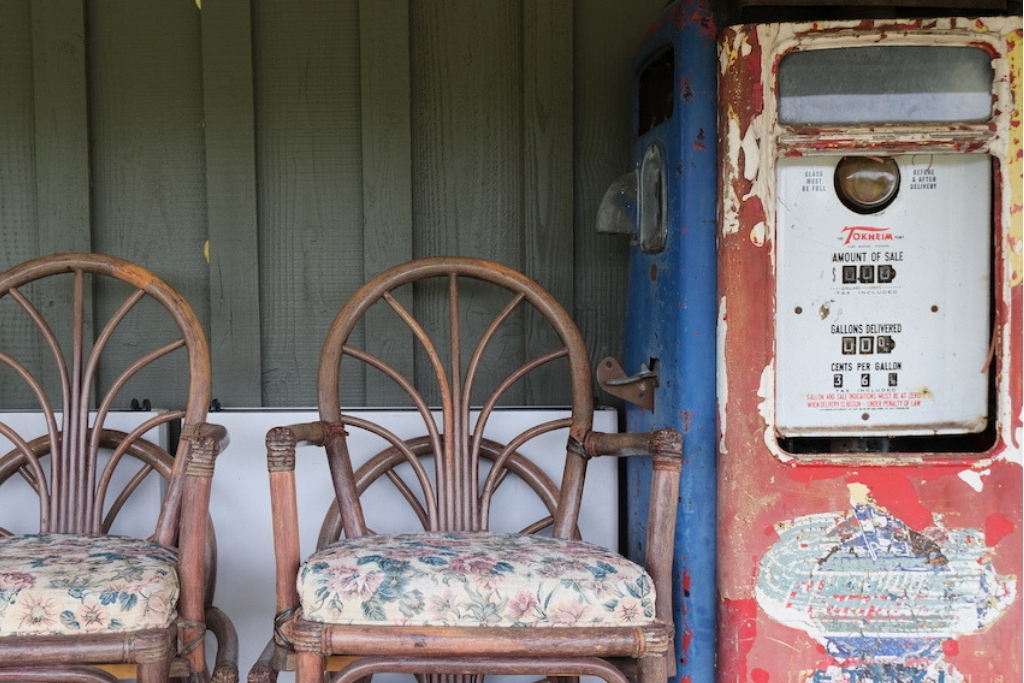 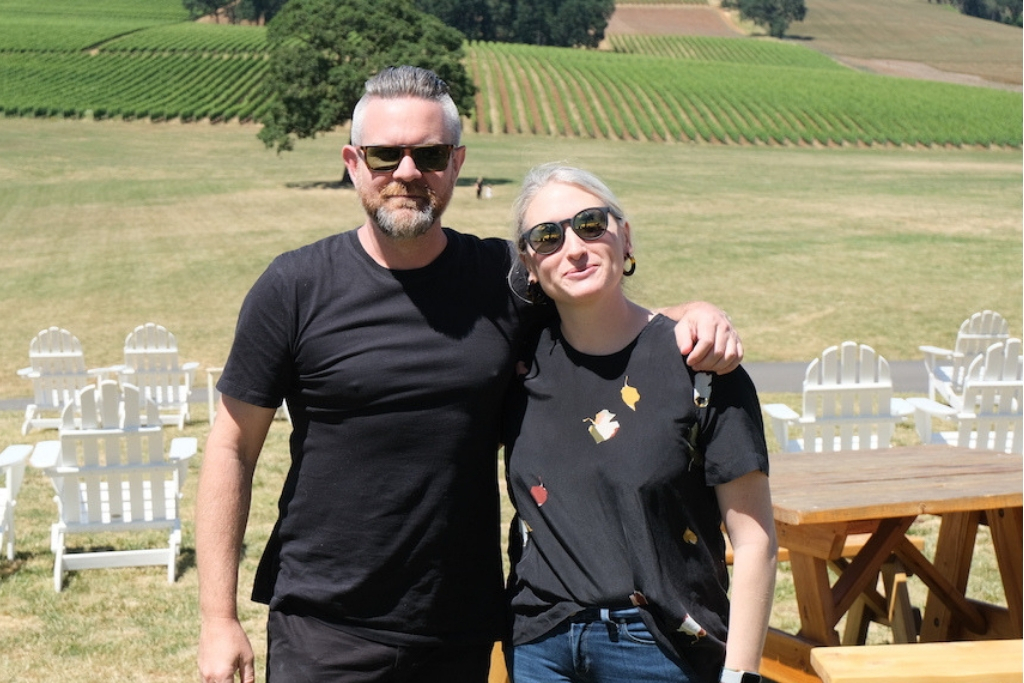 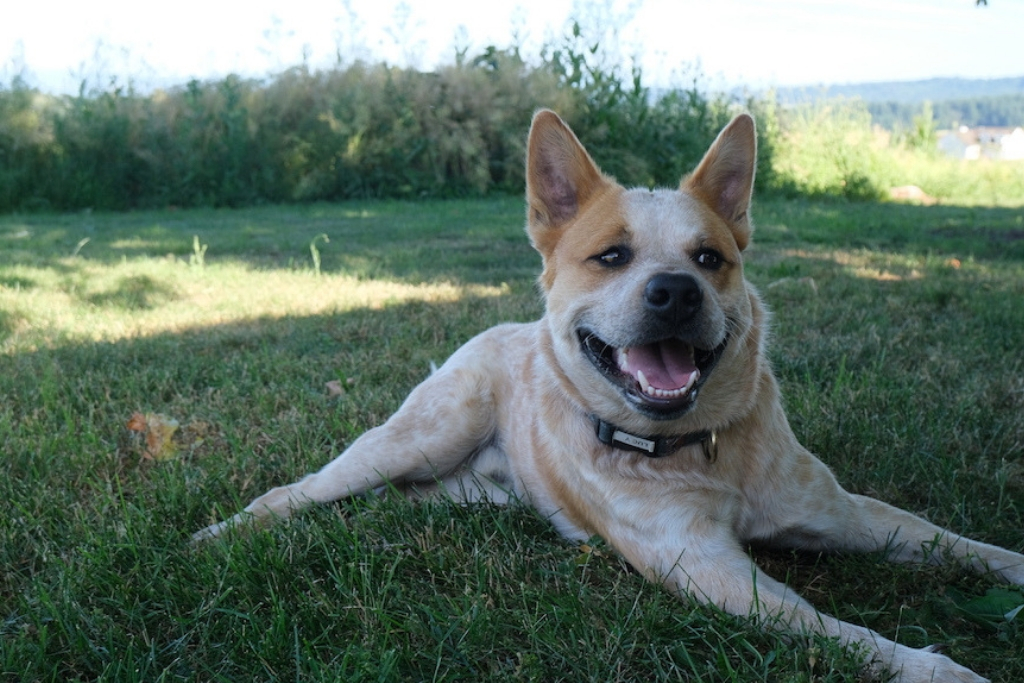 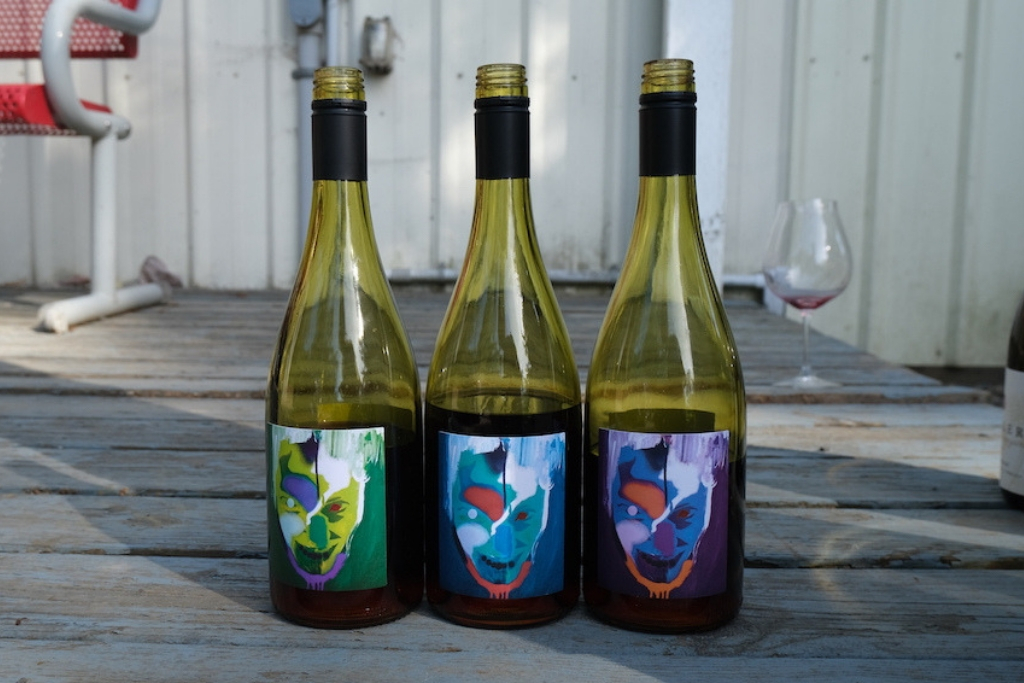 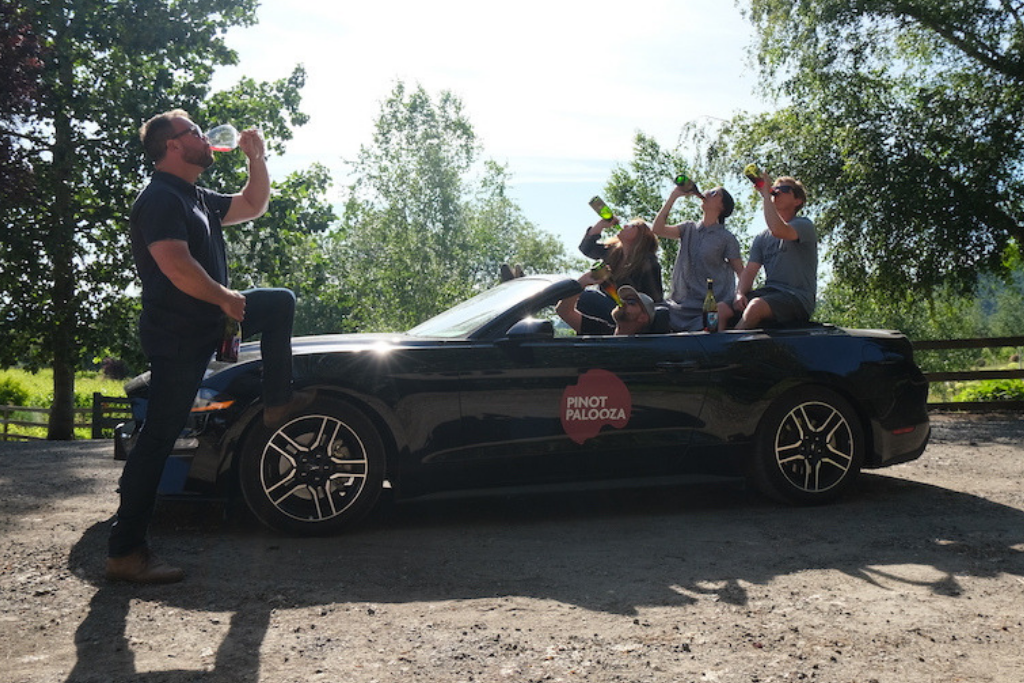 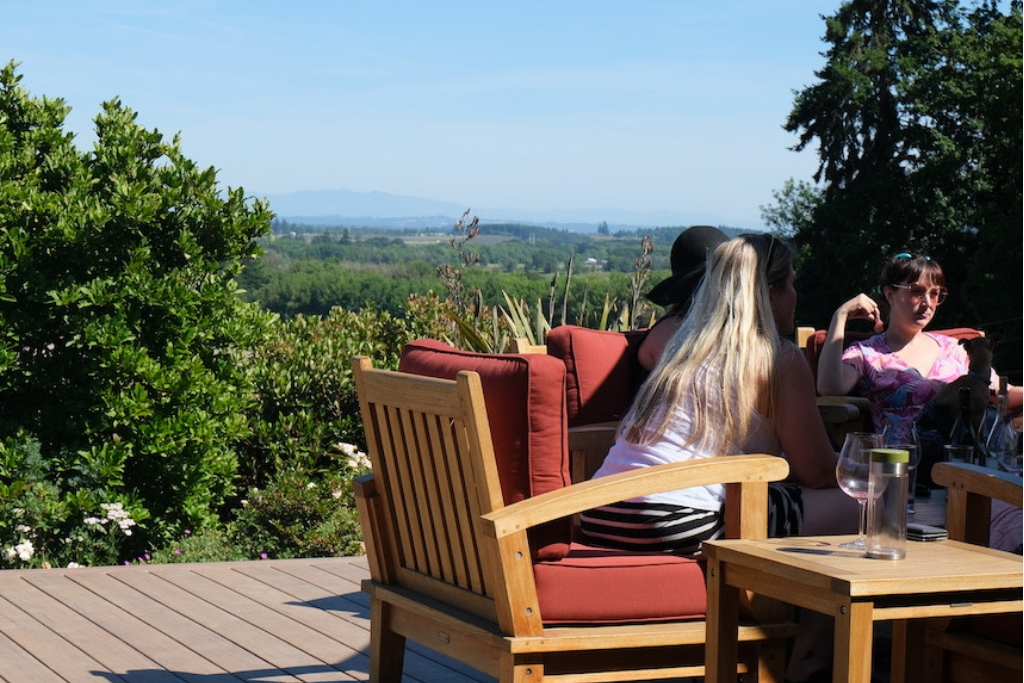 Unlike some other regions, where high-tech machinery and big-ticket restaurants dominate the cellar door experience, here you’re more likely to be greeted by a rugged, gnarly-handed winemaker wearing a flannelette shirt, with dirt on their boots and a dog by their side.

We saw some beautiful scenery, drank some next-level wines and met some excellent humans on our five days in Oregon and we’re keen to share some of our highlights with our Pinot Palooza friends. Whether you’ve got a day, a weekend or an entire week to devote to the region, we implore you to do one thing: take it slow.

And this is just a snap shot. We’ll add more and more as we further explore! 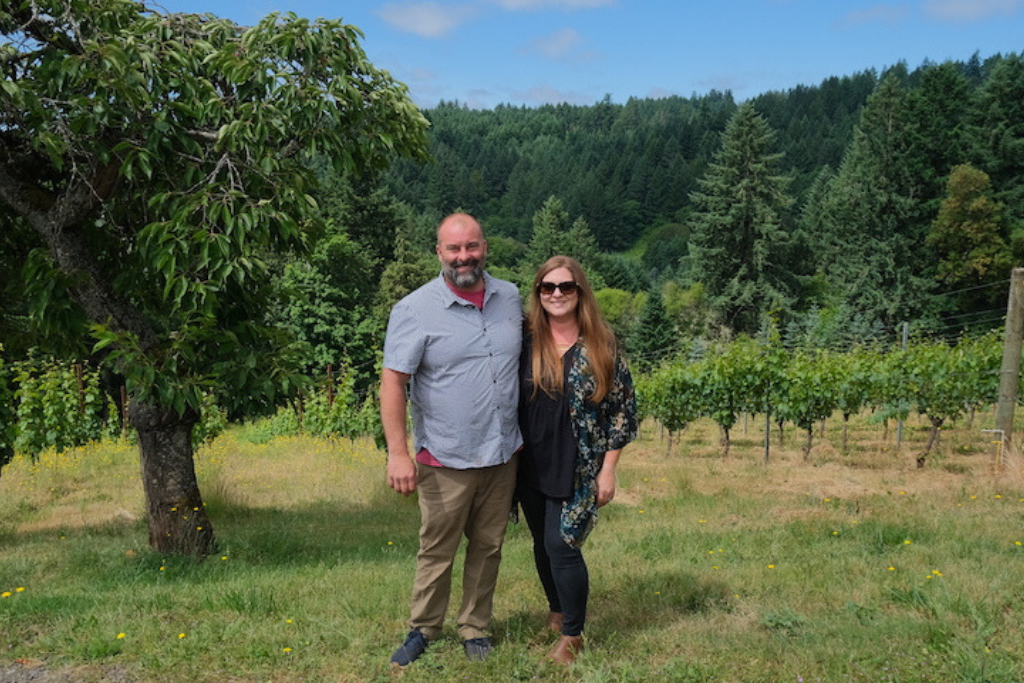 If anywhere embodies the spirit and taste of Oregon, it’s this place. In 2005, ceramic teacher Andrew Beckham and his wife Annedria realised their dream of building a house in the woods with a pottery studio, but then “wine happened.” They now grow pinot noir, riesling, trousseau noir and sauvignon blanc. Expect roaming goats and chickens, candle-lit tastings, a soundtrack of West Coast gangster rap and some incredibly textural wines aged in Andrew’s collection of over 70 amphora (which he makes himself). We especially love their rose. beckhamestatevineyard.com 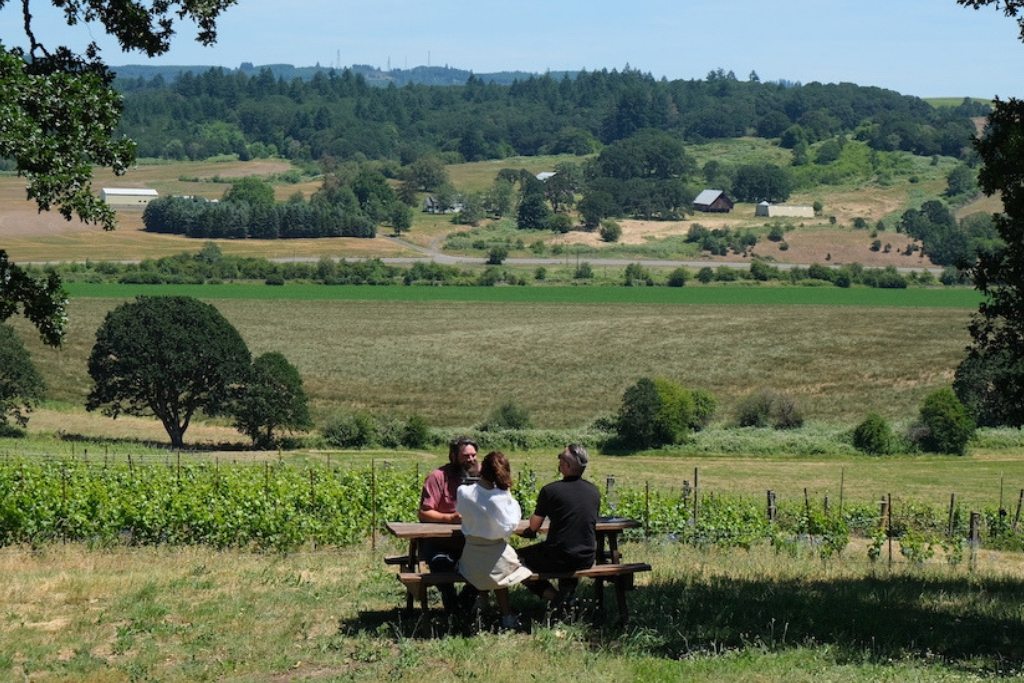 Established in 2005 and now certified biodynamic, Johan Vineyards is located in Oregon’s newly established Van Duzer Corridor AVA region. From chardonnay and pét nat to barrel-fermented grüner and earthy, dark fruit-driven pinot, winemaker Morgan Beck’s wines show restraint and elegance. Morgan says that her biodynamic approach, both in the vineyard and in the cellar, is key to creating well balanced wines with as little intervention as possible that are a true expression of Johan’s unique, maritime-influenced site. johanvineyards.com 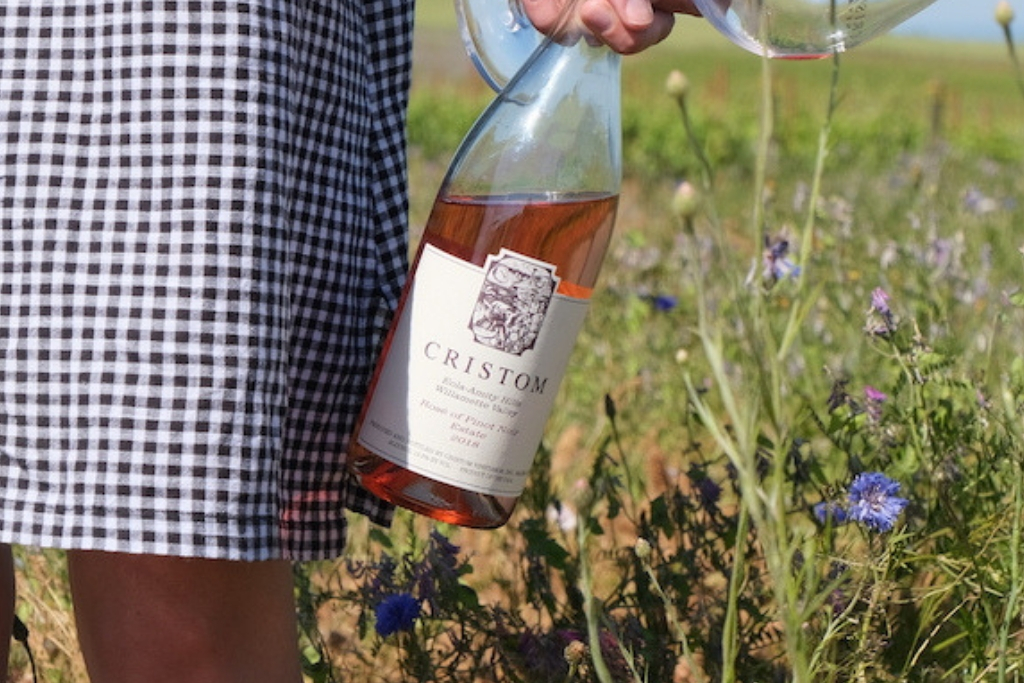 Located in Oregon’s Eola-Amity Hills, Cristom is one of the region’s most impressive sites. Visiting this place was big on our founder Dan’s to-do list; their pinot was one of the first Oregon wines he ever tasted, and our visit did not disappoint. There’s no denying the pristine gravitas of the wines: one of the first big names to come from the region, Cristom produces wines that command your attention – showing both house style and vineyard personality. Just go. cristomvineyards.com 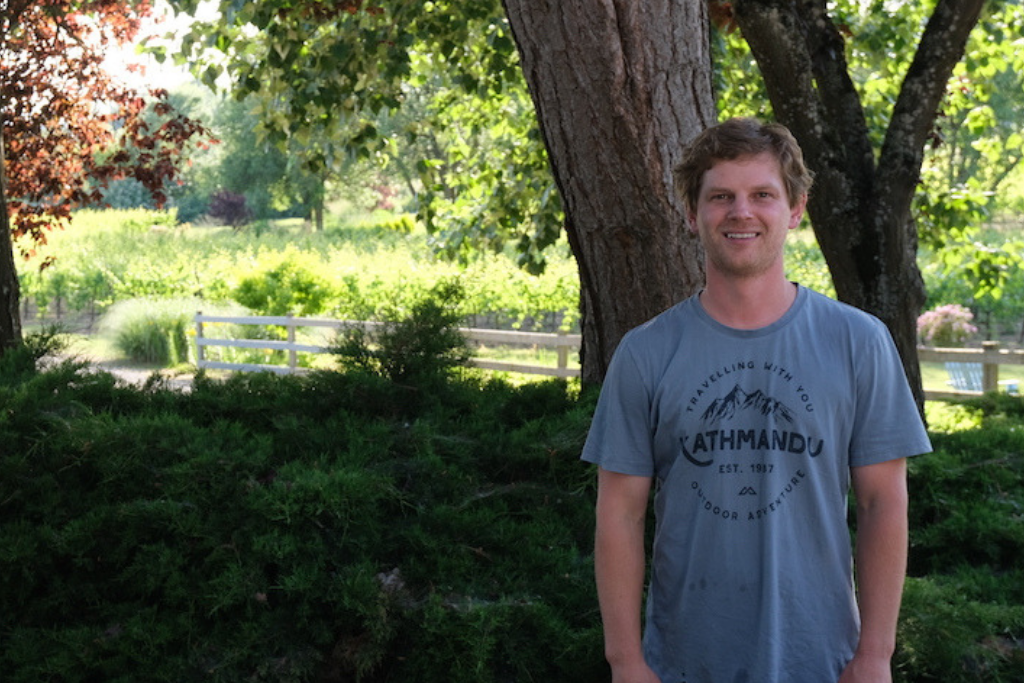 Winemaker Kevin Healy is one of those blokes. You know the type: reserved at first, but quick as a whip and dry as all get out. We love that. He’s also pals with our good mate Mike Bennie, who heads to Oregon with Peter Dredge each year for their Brian label (and Dr Edge). Situated in the gorgeous Eola-Amity Hills AVA, Gabriele and Craig Keeler’s (who is a #legend) 40-acre vineyard is 100 per cent organic and biodynamic, and produces some damn fine chardonnay, riesling and pinot gris along with the kind of dark fruited pinot noir that might make you cry a little bit. keelerestatevineyard.com 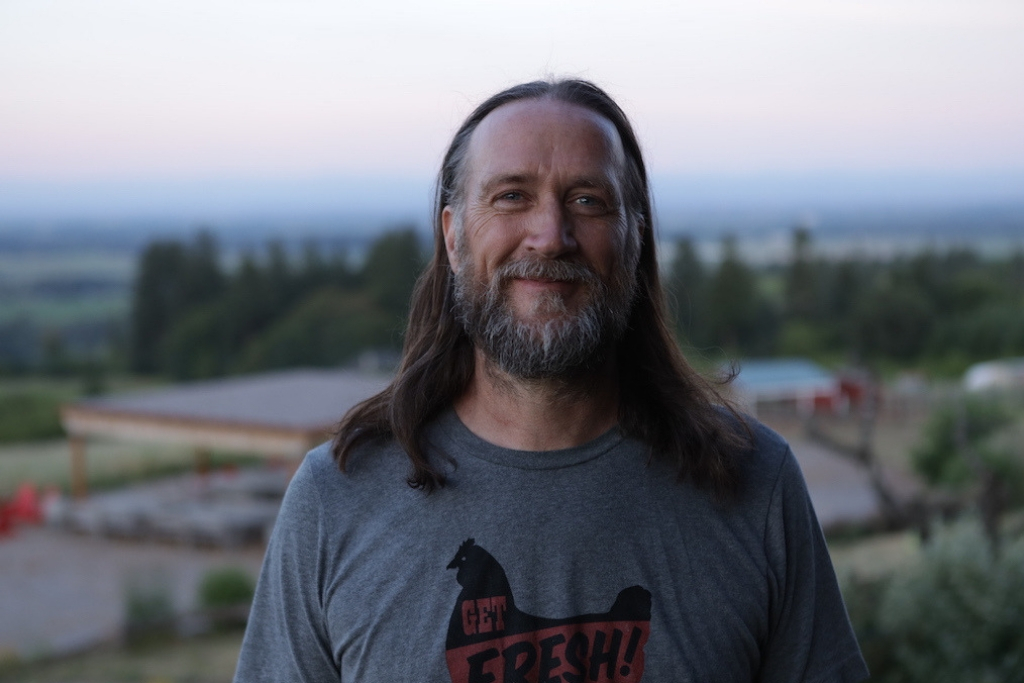 Love The Big Lebowski? Then you’re gonna love Chris Williams, who is basically the wine world’s version of ‘The Dude.’ Along with making some excellent wines, Chris is philosophical, super chill and loves a good hug. Inspired by the life of Brooks founder, Jimi Brooks – a visionary Portland native who devoted his life to holistic farming and winemaking before passing away suddenly in 2004 – Chris is the kind of guy we could talk to all day. Overlooking the valley at the top of the Eola Amity Hills, the old homestead here is homely, full of character and does a great pizza. brookswine.com 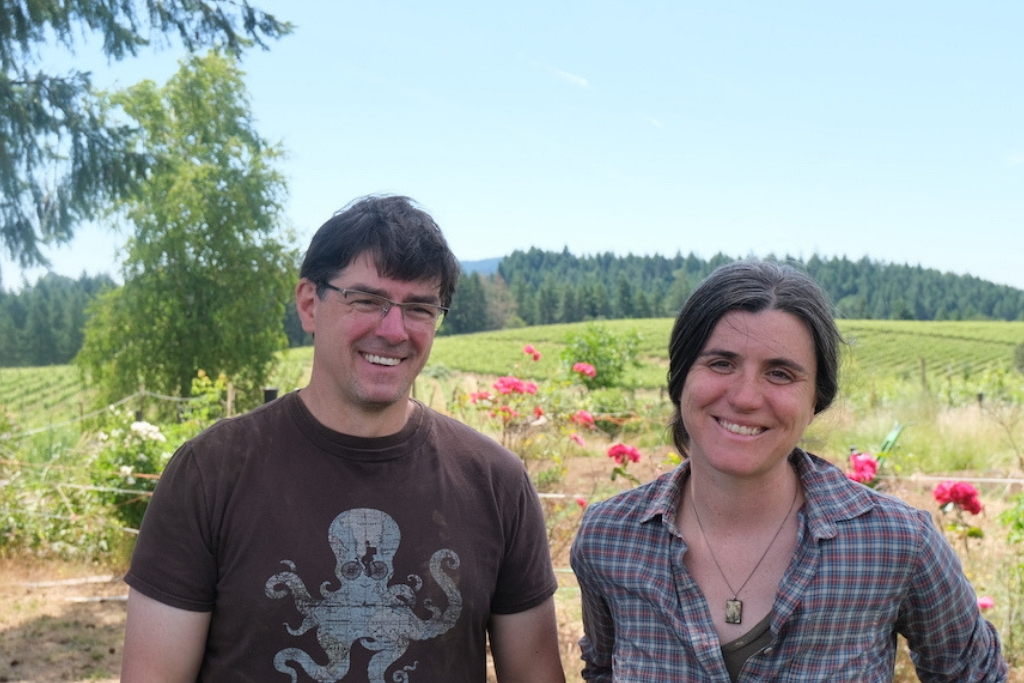 Winemaker Marcus Goodfellow with his partner Megan Joy consider themselves custodians of the organic vineyard Whistling Ridge. Its hard-working owner (who lied about his age to fight in WW2 before moving out here for a change of pace) is still active around the property, and along with his wife, likes to keep an eye on things for Marcus and Megan. Of his wines, Marcus says: “We don’t want to obscure real magic with fantasy,” and thanks to the climate and long growing season he’s producing wonderfully contemplative wines that invite you to take your time, sit and ponder.  goodfellowfamilycellars.com 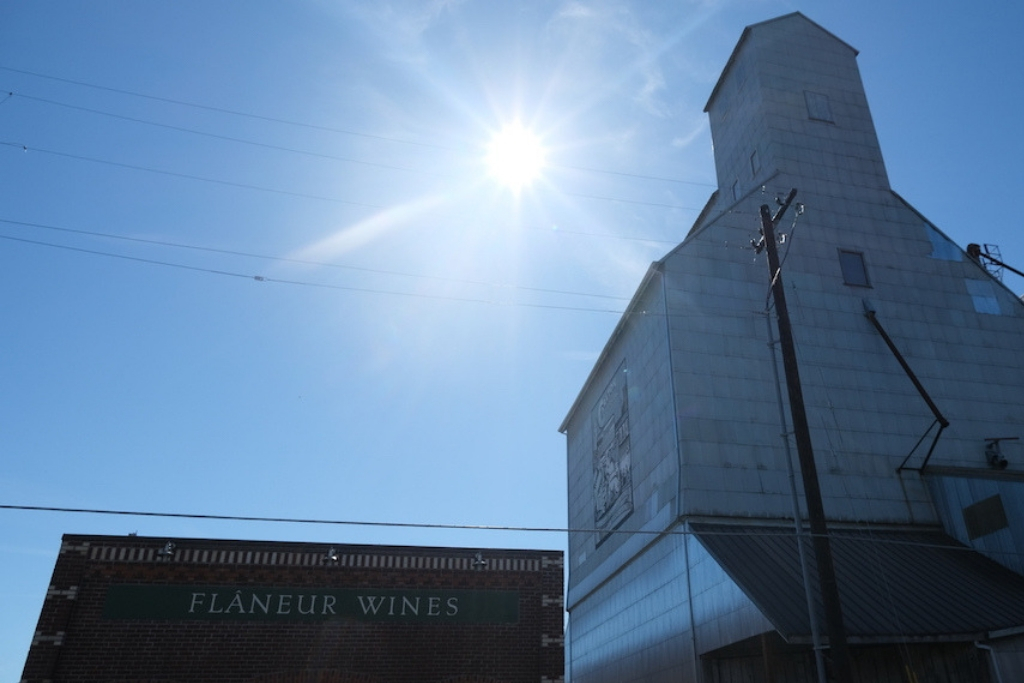 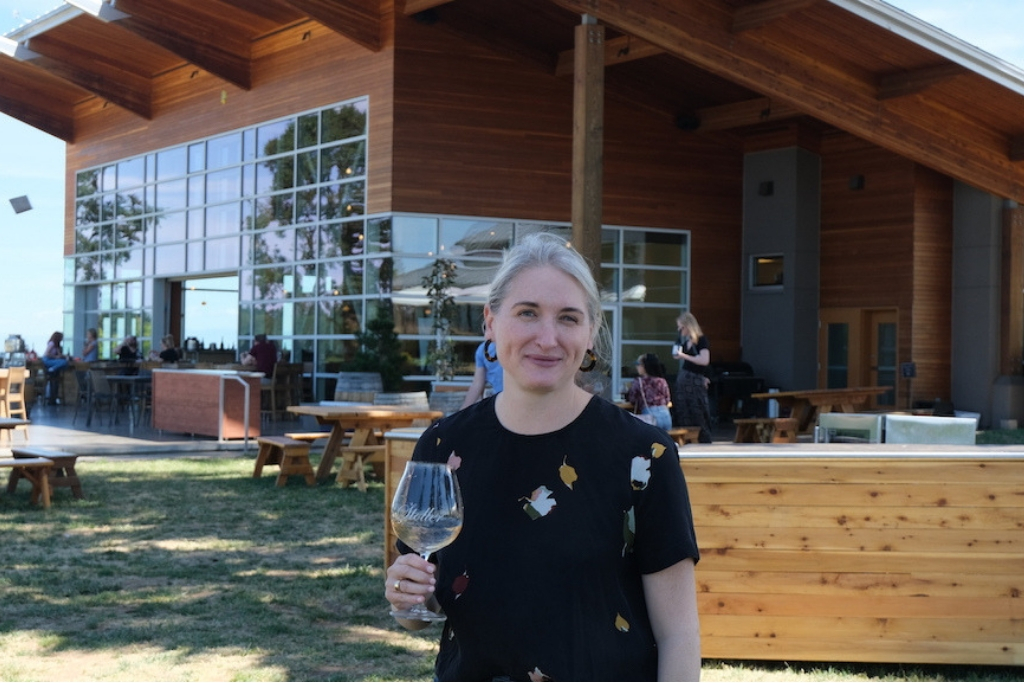 When Bill Stoller acquired the family property in 1993, it was considered “marginal farmland, at best.” But Bill was smart and understood that the site’s elevation, well-drained soil and south-facing slope were all great news for something even better: growing wine grapes. Now, it has over 220 acres under vine (mostly pinot noir) and three (yes, three) winemakers taking care of business. One of them, Kate Payne Brown, studied winemaking in Australia and approaches her craft with the ethics and sensibility of a small-scale operator. PS: Kate loves sparkling and hers was amazing.  stollerfamilyestate.com 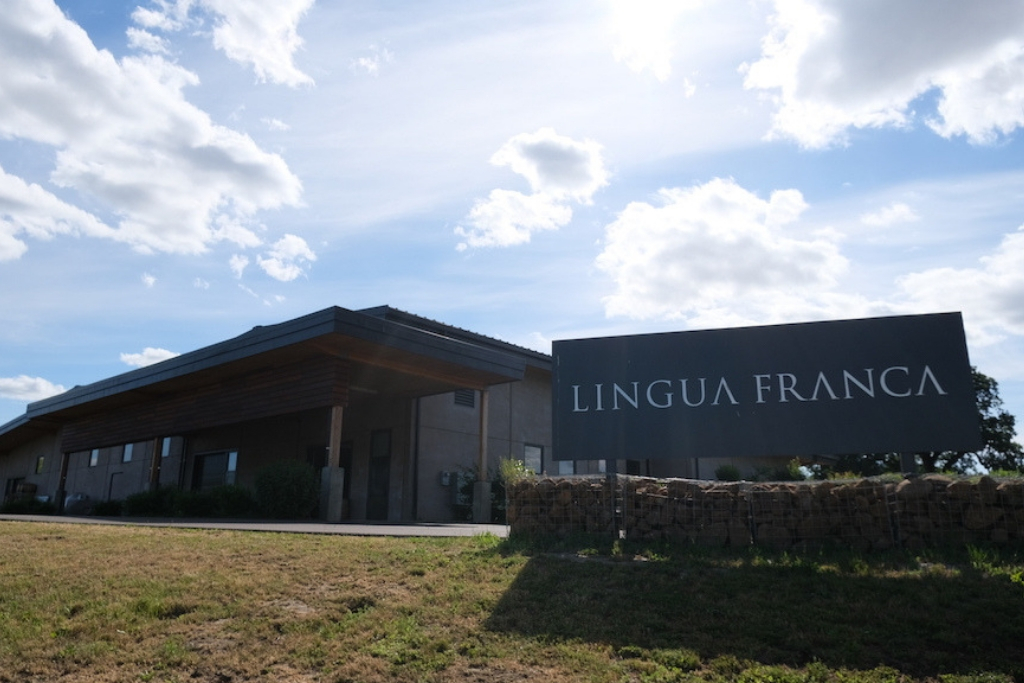 Lingua Franca was co-founded by internationally renowned US master sommelier, Larry Stone and legendary French winemaker Dominque Lafon. The Eola-Amity Hills area has long had strong links to Burgundy, and this place is a balanced blend of both worlds: French in influence, Oregon in intent.  We were thrilled to meet Larry and taste some wines with him on our visit (yes, we were geeking out a little). I really liked the wines. Young winemaker Thomas Savre has worked at a little winery called Domaine de la Romanée-Conti (heard of it?) and conjures loads of flavour at lower alcohol.  They’re just getting started but you’ll be seeing more from these guys. linguafranca.wine 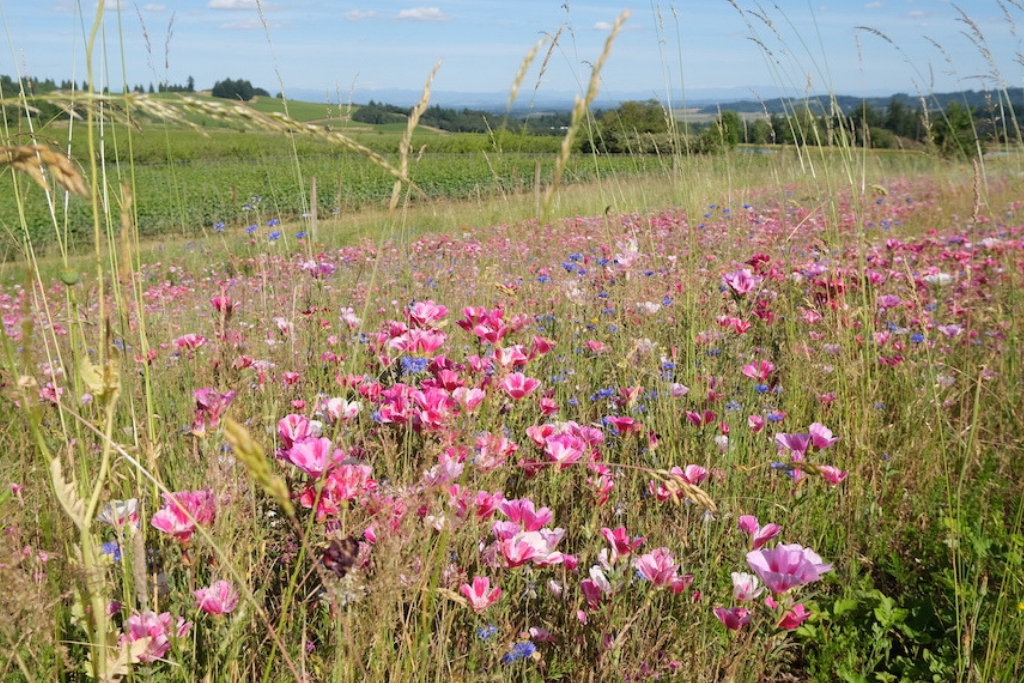 This humble little winery with incredible views was set up in 2008 as the passion project of husband-and-wife team Ken Pahlow and Erica Landon – both ex-wine industry nerds with big dreams. They started small and have built a great reputation, slowly increasing their volume over time. Fruit comes from a mix of (mostly biodynamic) Eola-Amity Hills vineyards and thanks to the cooling effects of the strong ocean breezes in the valley, the wines develop awesome acidity and concentration. Yes, their pinot noir is great, but heck – the chardonnay is something else. walterscottwine.com 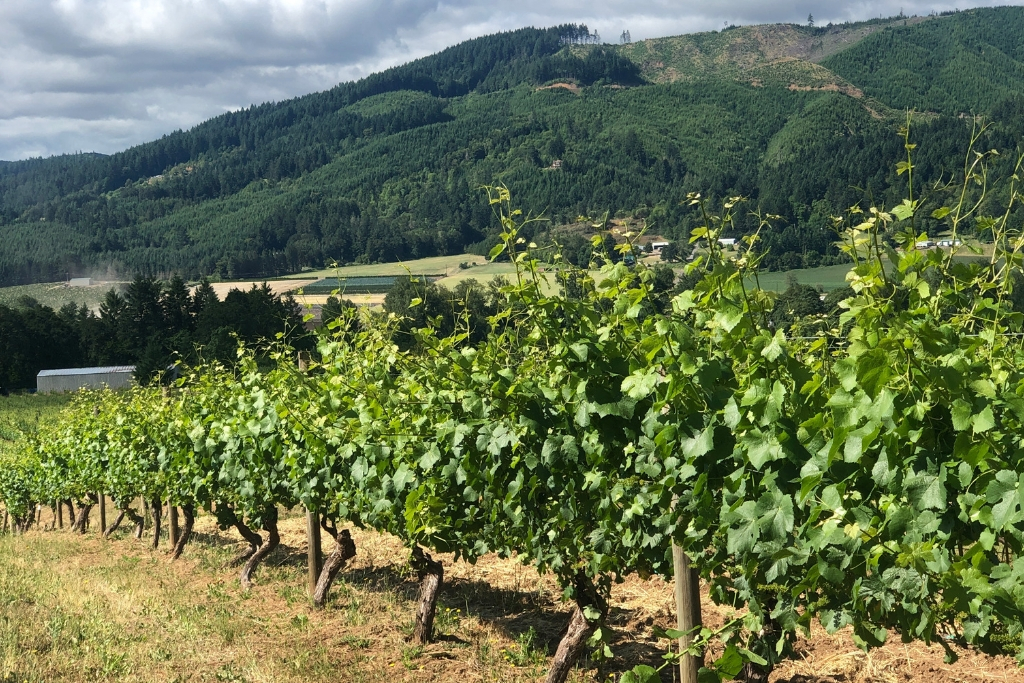 Vines were first planted here in the late 1800s, but during the prohibition era they got ripped out in favour of crops such as berries and potatoes. Today, the older (second) plantings of self-rooted pinot noir, pinot blanc, chasselas, muscat, sylvaner, sémillon, riesling and gewürztraminer are some of the oldest in the Willamette Valley, having reached their fiftieth year. Mike Keunz believes in protecting these historic old vines, an important of piece of Oregon’s modern wine history, through organic farming practices. Recent changes here will now see wine being made by our mate Chad Stock (founder of Minimus) – an insanely talented winemaker who knows the region intimately. Wines are already solid but with Chad on board the future is looking extra bright. davidhillwinery.com 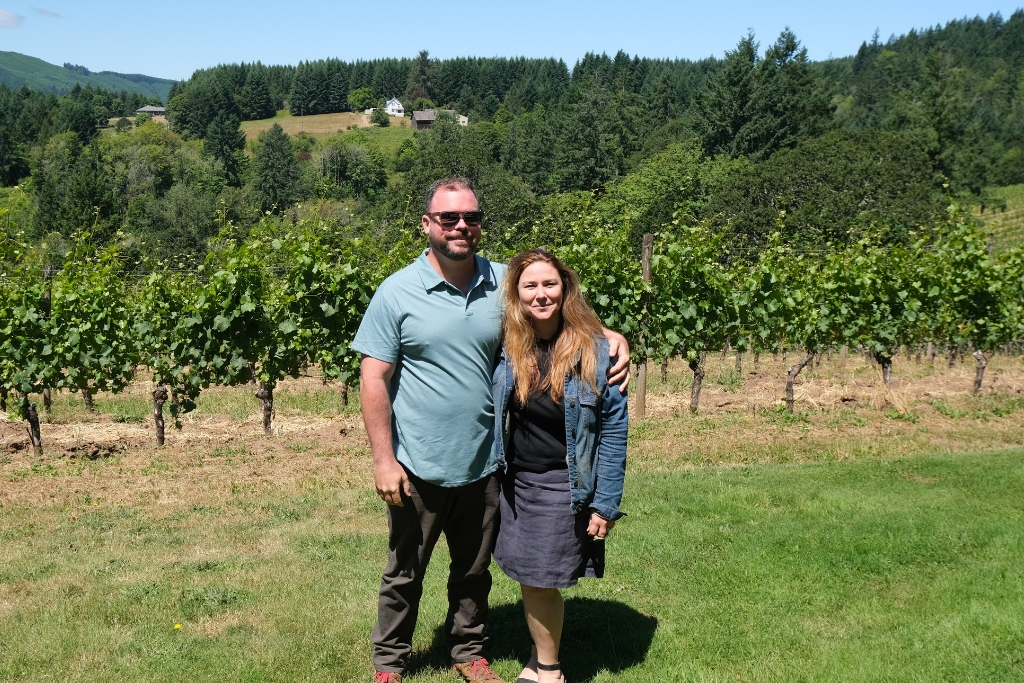 Australian-born Bree Stock  is a former jet-setting sommelier turned Master of Wine now based in Oregon and has worked with wineries from the Yarra Valley to Austria, Georgia and Portugal.  Bree’s married to boundary-pushing Oregonian winemaker Chad Stock (founder of -Minimus) who does stuff like working with farmers to plant alternative varieties (trousseau, godello, zweigelt) in the Willamette Valley to aging grüner in amphora and fermenting Rhone varieties from a single site together to create unique wines of place Together, Bree and Chad created Constant Crush, a passion project that sees them produce some very cool wines from Pinot, blends and varieties beyond the Willamette Valley’s current status quo introducing regional diversity from varieties that allow natural organic farming and winemaking practices. Bree’s next dream? To make unexpected wines of place in both hemispheres. Get it, girl. constantcrushwine.com

We grabbed some dirty burgers at Scottie’s Drive-In, Forest Grove on our way back from visiting David Hill and they were brilliant. Yes, it’s a detour you need to do.

Beer the size of your head

Forget the craft stuff for a moment and embrace the heartland and get stuck into the Bud and Coors Lite.

C’mon guys, you’re in America. Hire that Mustang, roll that top down and let your hair be free.

Portland has one of the best Thai food scenes in the US and Andy Ricker’s Poc Poc is the king of it. Just go.

Serving Portland since 1971, Powell’s is the world’s largest independent bookstore. Go for the over two million titles, stay for the deep nerd chats with staff.

Keen to explore further? Check out more below!