THE SOUNDS OF AUSTRALIA

An interview with Glenn Dickie of Sounds Australia

As Australian wine gains global recognition for more than just Shiraz so too does its music.
We spoke to Glenn Dickie, SOUNDS AUSTRALIA’s Export Music Producer and the co-founder of international Australian music showcase THE AUSSIE BBQ, about the parallels he sees between the two. 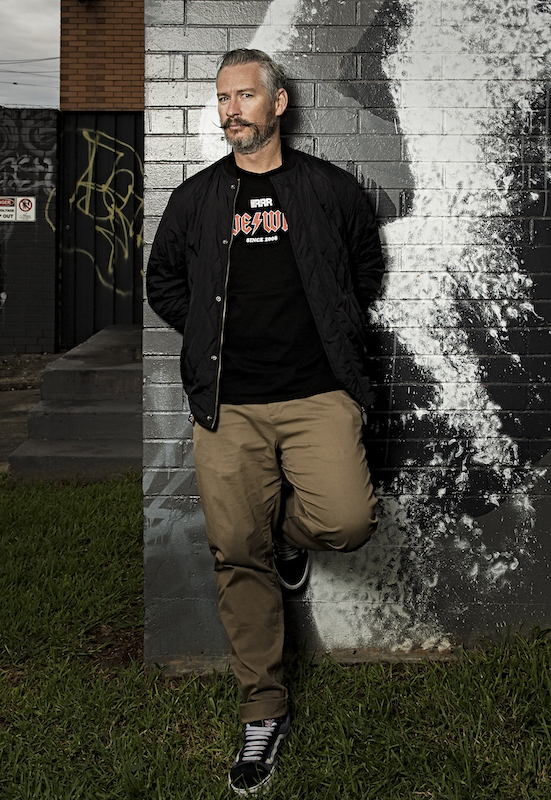 Music and wine are very integrated, says SOUNDS AUSTRALIA’s Glenn Dickie. “They’re both things that are genre-based. I’m a Pinot guy, or a metal guy. I’m into Shiraz, I’m into classical. You can talk about them in the same way.”

It goes deeper than sharing analogies. Like wine, music is subjective. While there will be certain styles considered by critics to be better than others, ultimately it comes down to what you like the sound or taste of. Mood and context play enormous roles in what you choose to drink or listen to and how much you enjoy it, and where you are, who you’re with and how you feel will always alter your enjoyment of both.

There’s also the idea that genre is disappearing, or at least changing. More and more restaurants, bars and retailers are listing their wines not by varietal but by style or even occasion. And it’s the same with music.

“Rather than rock or funk, you’ll have ‘songs for the bath’, or ‘music to wrap presents to’. You’ll create a playlist to drink wine to’,” says Dickie. “It’s becoming all about lifestyle.”

Dickie wasn’t born drinking wine but he was born making and listening to music, hitting pots and pans as soon as he had the strength to. After a youth spent playing in bands and working in record stores, he landed a job at EMI Music Australia. In 2003, about three years into his EMI career, he helped co-found the inaugural THE AUSSIE BBQ, the first consolidated Australian music showcase, at SXSW in Austin, Texas. In 2013, he left EMI for music export office SOUNDS AUSTRALIA (taking THE AUSSIE BBQ with him) where he remains today.

The role of SOUNDS AUSTRALIA is to fast track the careers of Australian musicians overseas by providing connections and a platform for them to be seen so they’re picked up by the right people in a shorter amount of time. Close to 800 Australian artists have showcased with SOUNDS AUSTRALIA since its inception in 2009.

“We’re not building careers, necessarily,” says Dickie. “We believe that a lot of the artists we work with are good enough that they would’ve had success anyway, it just might’ve taken a bit longer.”

The AUSSIE BBQ is one such platform. The team selects up-and-coming Australian artists to perform at this showcase in front of booking agents, talent managers, and other industry types local to that city. “Vance Joy’s first show internationally was with us at SXSW, and Courtney Barnett’s was with us at CMJ in New York,” says Dickie. “We condense a year’s worth of potential meetings for these artists into one event or day.”

It’s a similar story with wine. Like Midnight Oil, INXS and AC/DC, heavy, warm-climate Shirazes or Cabernets were once our greatest exports. But now, we’re packing up crisp Tasmanian Pinots and funky, skin-contact Chardonnays to send internationally with our Vances and Courtneys.

As a result, “there’s a real shift internationally in the perception of Aussie wine,” says Dickie. “Like with bands and artists, people are realising that the spectrum of Australian wines is as good and as lengthy, if not lengthier, as some of the regions overseas.”

For Dickie, the next step is to move beyond analogies and integrate wine and music more tangibly. It has started – wineries are now on the tourism agenda when international and overseas artists visit Australia. “They’re topping and tailing their Australian experience with wine tours, which is pretty incredible, and a big change from just hugging koalas,” he says.

But he’d love to see Australian wine on the line-up at overseas festivals and events. “It would be great to be all over the world highlighting what we have in Australia from a holistic point of view. The music, the wine, the food, everything,” he says.

If Pinot was a music artist, who would it be? King Gizzard and the Lizard Wizard.

King Gizz, like Pinot, are really prolific, consistent and progressive. They are constantly releasing new music and although they follow a similar flavour palate they are also pushing the boundaries in what they do. Like a lot of great Australian Pinot they are blowing people away all over the world and becoming more and more popular every day. They’re still pretty underground too.

Like this? Then check out more from the Magazine below